Let’s say you’re walking down your block one night and you just get an eerie feeling in the pit of your stomach. Your eyes venture up a dark creepy tree to meet the eyes of three black Corvus birds. They watch your every move as you walk on. You can’t help, but to feel either safe or terrified depending on where you are from and what knowledge you have received about the raven or crows. 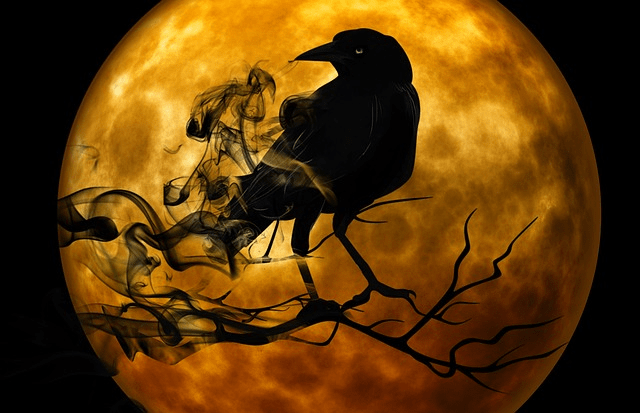 The Difference and Similarities Between The Two

There is not much of a difference of these birds. The crow stands at 40-53 cm/16-21 in. and lives up to 8 years, while the raven towers over with 63 cm/25 in. in height and living up to the old age of 22. The raven has a larger beak as well, it can be terrifying to meet an angry one because they have the ability to tear your eyes out and eat them. Both are pretty miraculous and intimidating birds with many meanings of all cultures.

They are similar in that they are both omnivorous. They have a variety of foods to choose from. Such as:

They would gather their nutrients in heavily wooded areas. They are known to be in areas such as 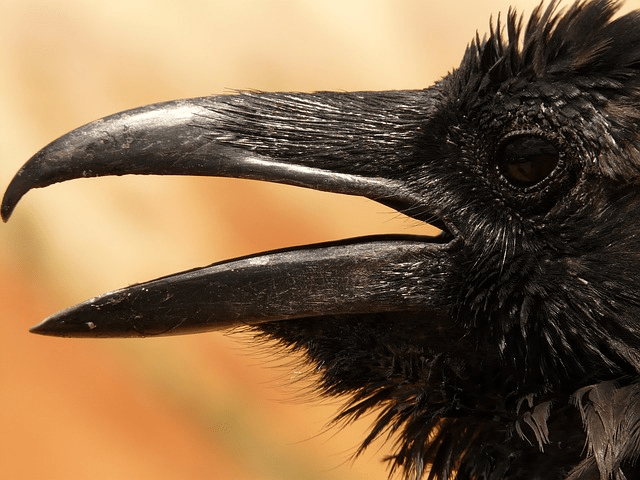 Now that you know a bit about our majestic friends it’s time to roam in the realm of tales. These intelligent, opportunistic, and versatile birds found their way into many myths around the world. All depending on where you look, you will find that these Corvus birds can mean anything from hidden gods, witches, good luck, the harbinger of death, or held sacred amongst the people. 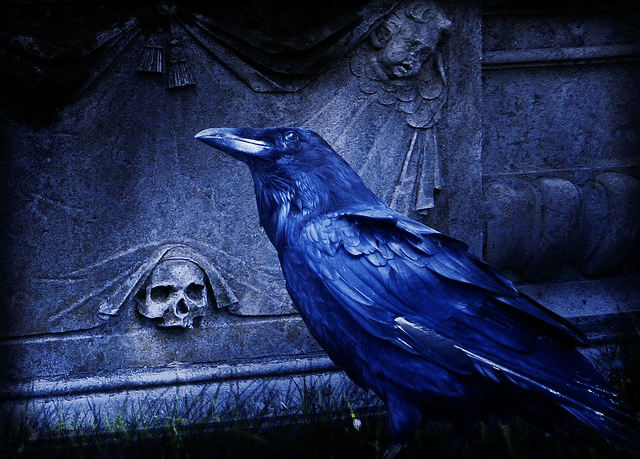 Crows and ravens have a heavy Celtic past of myths. In one folklore was told that there was a warrior goddess known as Morrighan. She was also called Badbh, Macha, and Nemain. She would fly over the battlefield and flare fear in her enemies and encourage her warriors. In Corvus form, she would appear either alone or by a flock of three.

Another known God is the powerful Odin. In the tales of Odin, he also had two birds named Huginn and Muinnin, meaning thought and memory. They were his spies to watch over mankind and reveal to Odin their whereabouts.

A Celtic welsh belief of the birds was that they were a harbinger of death. The Mabinogion believed witches and warlocks would disguise themselves as Corvus birds to hide their true identity from enemies who wished them harm. 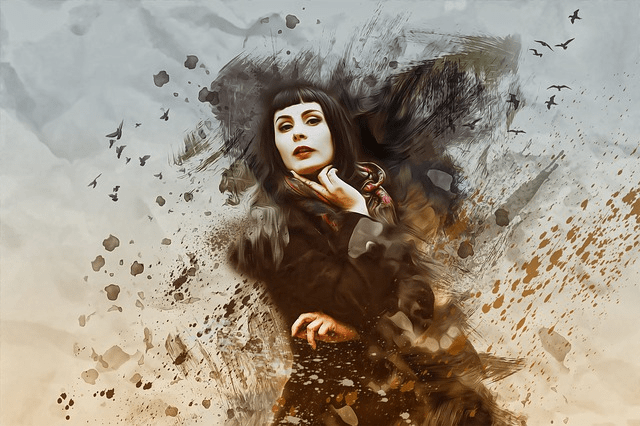 In Native American folklore, the crow is seen in a positive light. Some tribes consider them good luck and have these birds as clan animals. The Chippewa, Hopi, Menominee, Cadda, Tlingit, and the Pueblo tribes of New Mexico are the crow clans to be guided in a positive light of Corvus bird. They see the bird as a gift of sunlight to mankind because this wise bird sees and hears all that goes around. The bird with intelligence to help and guide you through times of great need.

These are only a few beliefs amongst this world of our majestic Corvus friends. They may appear evil and dark stretched amongst the branches with eyes of deep knowledge, this bird can’t be taken in lightly. You might find yourself in the grip of god or to follow your way to doom. The birds have many secret powers to be unleashed so next time be careful how you go about around the divine crow or raven. They would love to look into your soul and measure your worth. 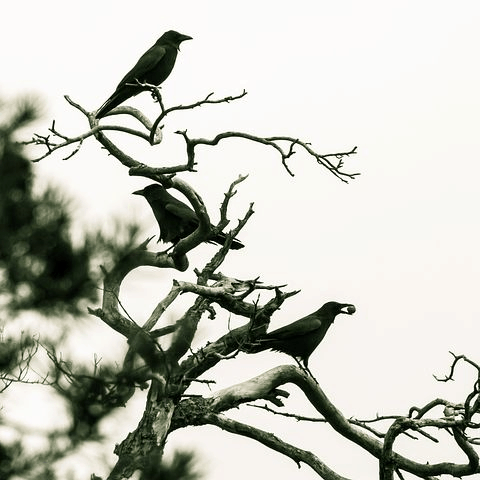